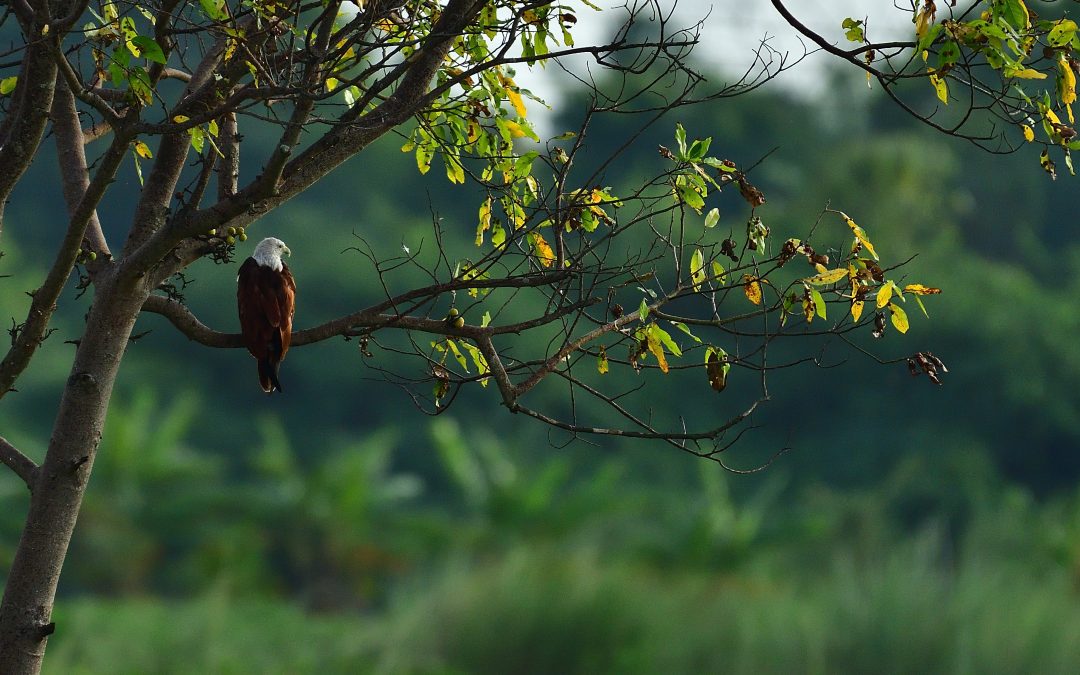 There is this bird that my mother watches.  When it comes down, she says Garuda, garuda.  And does a namaste. This bird is called the Brahminy kite. Haliastur indus.  But is this bird really the Garuda that Hindus worship? That is the bird of Indonesia– after which its airline, Garuda Indonesia is named? We find out in this short episode.

Brahminy Kite.  Haliastur indus.  Latin names are precise.  But they also give the history.  Of why a bird is called what it is.  Take Haliastur indus.  It sounds like a Iranian deep dish pizza.  But Halia means sea.  Astur means hawk.  So the origins of the name meant that this bird was considered a sea hawk.  From India.  Hence the name indus.

Now the question is– is this bird really garuda– the bird that was the Vishnu Vahana in Hindu mythology.  Vahana means conveyance in Sanskrit.  One of the nice things about Hinduism and many other ancient religions is that they incorporated the natural world into their beliefs.  So a peacock becomes the vahana or vehicle of the warrior Lord Muruga and Garuda is the vahana or vehicle of Vishnu.

When you talk about birds in ancient India, most ornithologists refer to a book by KN Dave called Birds in Sanskrit Literature.  According to this book, Garuda was a primeval bird that was the progenitor or parent of all the birds of prey that were mentioned in the Vedas.  The most probable Garuda was also called Nagashi or snake eater.  According to Dave, this was probably the majestic sea eagle.  Later it became the Imperial Eagle or the Himalayan Golden Eagle.  The word Naga means snake and elephant in Sanskrit, hence the image of Garuda carrying an elephant.  Although this particular legend could be attributed to the Persian bird, the legendary Roc or Rukh of immense size.  That could carry off a baby elephant to feed its young. Or maybe it was a lammergier that could carry a turtle– again there are images of Garuda carrying a turtle.

But that doesn’t mean that the Brahminy kite isn’t sacred.  In fact, its presence was considered auspicious.  Mussalman’s called it Rumubarik.  In Sanskrit it was called Ranalankarana.  Kshemankari.  The story goes that Shiva was enjoying the company of beauties– other than his wife– when Parvati took the form of a Brahminy kite and shooed them away.

Here are the links referred to in the episode:

About the Brahminy kite in Sanskrit literature

Our thanks to MB Prashanth and MB Krishna for inputs to this episode. Cover Image: Sreenivas via Unsplash.