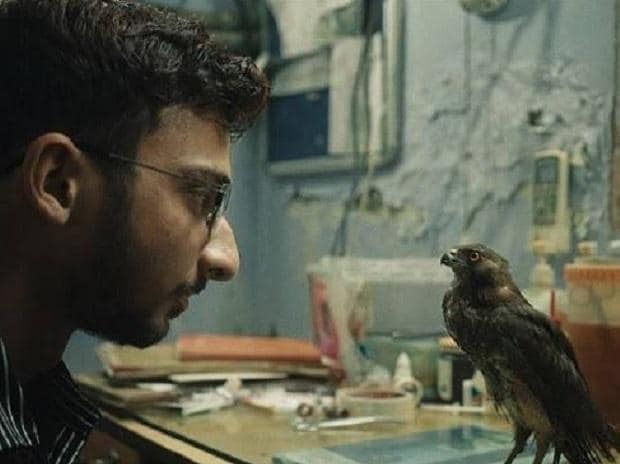 Interview with a filmmaker who won the L’oiel d’or or Golden Eye in Cannes for best documentary film in 2022.

We have a different sort of guest for this episode: a filmmaker.  Shaunak Sen’s film “All That Breathes” premiered at Sundance Festival, where it won the Grand Jury award and then won the L’Oeil d’Or (Golden Eye) for the best documentary at the 75th Cannes Film Festival.  You should really watch this episode in our Youtube Channel, Bird Podacast or our Instagram channel bird_podcast because we are playing clips from the film.  In this episode, director Shaunak Sen talks about human-animal relationships, and how the brothers are philosophers who wear their insights lightly.

The documentary talks about two brothers in a lower middle-class Delhi locality, who have made it their life’s mission to save kites. These birds, which have been victims of the capital’s debilitating air pollution, are rescued by the brothers, Mohammed Saud and Nadeem Shehzad, treated and set free once they are ready to fly again. These two are helped by an employee, Salik Rehman, and all of them have dedicated their lives to this enormously difficult rehabilitation venture.

The work is a quiet effort to document in detail the brothers’ patience and sacrifice. Carrying on in the face of punishing impediments, including lack of funds, Saud and Shehzad live in hope with a never-say-die attitude. There is an extremely touching scene when one of them goes to a meat shop and asks for a concession in price. It is not easy feeding kites, which are birds of prey.

It may sound unbelievable but the brothers have been at it for two decades, struggling to get funds at home and from abroad. We learn as we watch the documentary that they feel taking care of kites and helping them to fly again by themselves are rewards. They love feeding the winged creatures, and the way they caress them establishing an undying bond is marvellously narrated by Sen.

He also lets us into some tender moments as when one of the brothers in an autorickshaw takes out a baby squirrel from his shirt pocket, lovingly strokes it and puts it back. Such moments of compassion make the movie a great watch.

The cost of this love is unimaginable; although Shehzad and Saud earn a living by manufacturing liquid-soap dispensers, they are much more interested in tending to kites, some 12 hours in a day, and these come at the cost of neglecting their families. In a telling scene, Shehzad and his wife are ruminating over Delhi’s worsening air pollution. While she is thinking about their child, he is fixated on kites!

Sitting in their cramped basement, with the traffic filled, crowded roads of Wazirabad village, a floor above them, the brothers are surrounded by cardboard boxes, each containing a kind of bird. Injured, unwell, in dire need of help. These birds that dropped of the skies for variety of reasons, are rescued, treated and restored back to health by these two brothers. In the last 20 years, the siblings have rescued over 25,000 birds. They cater to at least 40 species each year, and have almost 100 birds healing in their rooftop on any given day.  Today, their work has broken the confines of the four walls and is drawing international attention.